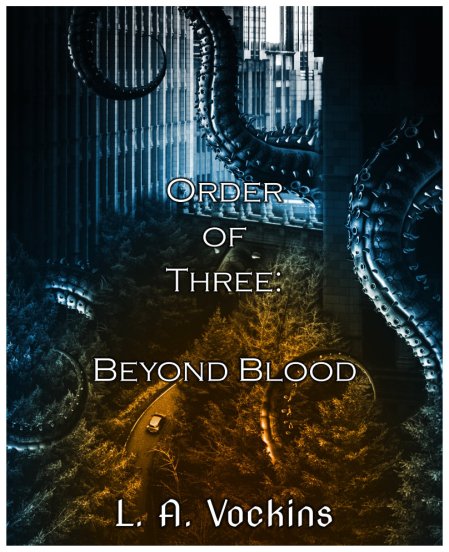 “The blood of an ancient, a substance to cure the worthy.

A fury to cull the weak.

A necessity we are.

An absolute that does not belong.

To the place where stars are vacant. To a home without the gaze of the moon.

To a place you know but have long forgot.

Search and you will find.

Be and you will become.“

I open this entry with words that are not of my own. A verse scrawled with etchings of insanity. Are these the work of fiction? Or, perhaps, words chosen for one such as me?

Its relevance. Do I dare fathom or comprehend a meaning?

The night that passed was an oddity. The note containing these words was placed under my door, with knocks thrice that followed. My tired eyes do not recall a fleeting shadow from beneath, nor the scurrying sound of such. I had slumbered on my couch, discomfort aiding a restless night. The bed was not where I had wanted to be. It was too big for one so alone. The place where once she led with me.

Never have words grasped my attention like tendrils tangled amongst my mind. They have seeped through like blood in water, light in dark.

Do I pursue such a thing?

Why does this call to me? Like a distant echo this calls. Perhaps the intrigue lies within my chosen field of work. To investigate is my calling, and so this calls. But it could be more. This clouds my judgement more than I would have it so. This note before me is one that should be disposed of after a brief moment of hilarity, yet I find something within that reads true. “Search and you will find. Be and you will become.” A purpose presented before me? A thing I crave, absolute. A purpose entwined with potential strands of fate, when my life feels almost at an early end.

I cannot resist this, but where would I start?

The evidence. A note from an unknown source. Coarse parchment yellowed with age, matched with an unbound envelope of the same descript. Brief analysis would suggest handmade by traditional method. Its scent is of something ancient, masked by something sickly-sweet. The tang of iron and a flower in bloom, perhaps. The writing itself is sublime. A well-practised font written with fountain pen in a red-tinged ink. However, none of this is of any help to me. Its origin cannot be fathomed with such limited detail, however eccentric.

All is not lost. A symbol graces the corner of the page. Would it have not been for the moon’s presence in my room, I would have missed it. The ink with which it is drawn seemed to react to its light. Its image is an intriguing one… A rune that I cannot translate, coiled by three emerging tendrils from beneath.

I do not have the skills to follow this clue, but I do know of someone that might. Dr Elizabeth Grace. An old friend and colleague. As odd and as eccentric as this note, but far smarter than myself, she may be of certain help. Curios and artefacts are her specialty, and runes and script are her obsession. I shall visit her this afternoon to see if she can shed some light where all seems dark. She may think me mad, but I’m sure that has already been a concern of hers for many years.

I shall return to this page in the eve, when perhaps a path is clear. A note to end this entry; This will not become an obsession. This is not a distraction from my reality. I will not fall into my old ways… 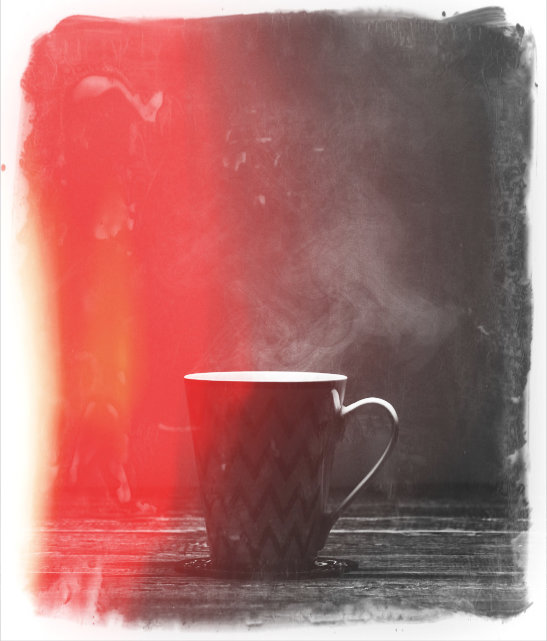 Coffee is the fuel that I need to keep this website and my fiction work going! If you enjoy my work, please consider buying me a much needed coffee. Thank you!

© Lee A. Vockins and lavockins.wordpress.com, 2020. Unauthorized use and/or duplication of this material without express and written permission from this site’s author and/or owner is strictly prohibited. Excerpts and links may be used, provided that full and clear credit is given to L. A. Vockins and lavockins.wordpress.com with appropriate and specific direction to the original content.