END_OF_DOCUMENT_TOKEN_TO_BE_REPLACED

Previous: (Part-1) ***** Chapter 2. After the events in the mansion, Azerius and zero made their way toward a well-deserved drink. They both had things that needed explaining with the aid of some strong liquor. The cold was bitter as it kissed their partly exposed faces. The footfalls of their heavy boots crunched in the thick snow beneath. The dim

END_OF_DOCUMENT_TOKEN_TO_BE_REPLACED

Fiction- The Chosen Of Anubis. (Part- 5)

Previous: Part-1 Part-2 Part-3 Part-4 *****   The creatures marched forward, a fixed grimace of death upon their decaying faces. With shield raised and spears pointed, they moved in unison toward the magically bound Medjai. Kalaros had already accepted his end. His failure. He only hoped the that his wife would find either escape, or a swift death. A cloud

END_OF_DOCUMENT_TOKEN_TO_BE_REPLACED

Fiction- The Chosen Of Anubis. (Part- 4)

Previous: Part-1 Part-2 Part-3 ***** Kalaros and Miris pushed the inner hatch of the tunnel together. It was heavy, but with their combined strength, it opened with a creak of wood against stone. It only took moments for their eyes to adjust to the candlelit room that they arrived in. The Medjai knew of where the tunnel led. He had

END_OF_DOCUMENT_TOKEN_TO_BE_REPLACED

I Have Started A Series On Channillo! 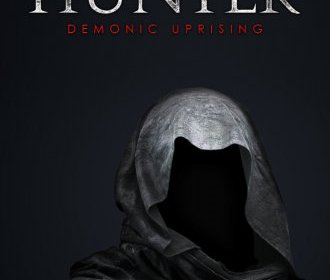 Hello everyone. I have just posted the first chapter of The Hunter: Demonic Uprising on Channillo! This story will come in 12 parts, 1 part being posted every month. Here’s the blurb: Azerius is a hunter. A slayer of those that lurk in the darkness. To those that know of him, he is the hunter. He is the thing that

"I think we all have those moments though, eventually. Those moments where the universe tells us to get the fuck up and do something." - There's a new post over on my website about self care and my routine for maintaining my mental wellness. Here's the link if you want to have a read; https://lavockins.com/2020/01/17/my-chaotic-mind-self-care-and-2020/ 🖤🖤🖤 #blogger #writer #author #mentalhealth #writersofinstagram #authorsofinstagram
It’s times like these that words bleed onto page, speech falls from tongue. Creation is my universe, and how I endure the world around me. It grants me strength when I need it… a strength that will always overshadow the weak. #writer #author #writersofinstagram #authorsofinstagram #heartbreak #strength #wordsarepower
The amazing and awesomely talented E. Denise Billups has deemed my novella worthy of a review on her website! To read the full article, go over to her website: https://edenisebillups.com I think you’ll agree that the style of the review is extremely cool and well thought out, it brings to life what I had imagined my story to be. While you’re over there, make sure you also check out E. Denise Billups’ works! #author #writer #authorsofinstagram #writersofinstagram #review #fiction #darkfantasy
New year. New Energy. I have never felt like this. I have never felt such an abundance of determination. I have never felt so powerful. The creature within me stirs, my wolf spirit has returned. Last year I achieved everything that I needed to. I achieved focus. I achieved fitness. I defeated my demons. I am now ready for anything this universe can throw at me. This year I thrive and revel in the chaos. #writer #author #writerofinstagram #authorofinstagram #meditation #wolfspirit #newyear #focus
"It’s the beginning of the new year, which means setting these goals of mine into motion. My priority this year is to follow my book release schedule and get as much writing done as possible for future releases. With that said, I got some awesomely helpful gifts for Christmas, that I thought I’d share with you!" - You can read the full blog post @ www.lavockins.com #writer #author #writersofinstagram #authorsofinstagram
Happy New Year! Guess I should search the depths of my mind for something wise to say. Here it goes; Life is a funny thing, isn’t it? Many of us meander meaninglessly, hoping that fate will play fair. Some of us take fate into our own grasp, moulding it to our whim. See, that’s the difference. Control. Willing. Hope. An ability to change and adapt. An open heart and soul and mind. Some of us live with our minds in the past, but what use is that? Be in the present and imagine your future. Take control. Be willing. Have hope. I do not have a New Years resolution. I never do. I improve what I need to, when I need to. I remove what I need to, when I need to. This life is fleeting. Live it. Wield every fucking second of it. 🖤🖤🖤 #writersofinstagram #writerscommunity #happynewyear #writer #author
I have a busy Christmas week ahead, so thought I'd wish you all an early Merry Christmas!! Hope you all have the BEST day 😊. Rocking my Star Wars shirt and getting into the spirit. Haven't seen Rise of Skywalker yet, but certainly plan to in the New Year, when all this chaos calms down. Anyway, I'll see you all in New Year. Enjoy! 🖤🖤🖤 #christmas #starwars #newyear #writer #writersofinstagram #authorsofinstagram
We are all so busy in this life that we often forget to just be in the moment. Take time to breathe in all that surrounds. There is so much good and beauty in this world… many just forget how to see it. Be a conduit of inspiration for those that have lost that sight. #writer #author #live #life #inspiration #magic #writingcommunity

© L. A. Vockins and lavockins.wordpress.com, 2019. Unauthorized use and/or duplication of this material without express and written permission from this site’s author and/or owner is strictly prohibited. Excerpts and links may be used, provided that full and clear credit is given to L. A. Vockins and lavockins.wordpress.com with appropriate and specific direction to the original content.